A while ago I wrote a wee story inspired, as so many are, by one of those moments I’d rather forget about. The moment safely changed to another, I sent it along to Imagining Scotland, part of the Scottish Wave of Change projects, and they agreed to pop it on their site.

If you fancy a wee read, it’s at 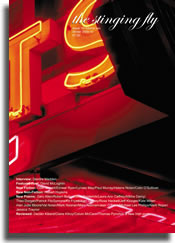 The story that inspired the picture on my banner and website is currently appearing in the lovely Stinging Fly magazine. How happy am I that the cover is all red and black and moody this season? 😉

I also just realised that this is my 101st post – wasn’t convinced I’d ever make it this far!

She waits for him eagerly. Stamping her feet and flexing her cold-cramped hands. Always a Friday afternoon, always around this time. He happy that it’s almost the weekend, she happy to sell another copy, despite the shame.

Their eyes meet and spark everytime but she knows it’s hopeless. This Friday though . . . She’d never of thought of herself as a poet but, like magic, the words had spilled out of her and onto a crumpled flyer.

She’d copied it out nice at the shelter and sent it off and now there was – a message for him in amongst all the miserable messages. A Thank you that’s almost an invitation. Her name in print. Then he appears, a head above everyone else, a smile already tugging at his mouth.

“Alright?’ He asks.
“Not bad ta.”
“It’s bitter cold.” He says handing over a shiny pound coin.
“Tell me about it.” She gives it to him.
“You take care now.” He’s walking away and she watches him go. Abandons her post even though she’s only sold two issues, so that she can watch him round the corner too.

If only she could see his face when he reads it, the words might change everything. Words she couldn’t say out loud but were good enough to print. Her fingers tingle as she stands amongst the disapproving shoppers and watches him stride briskly away, pausing only to chuck the cheap magazine into a waiting bin

Read Beyond the Body at Ellipsis zine